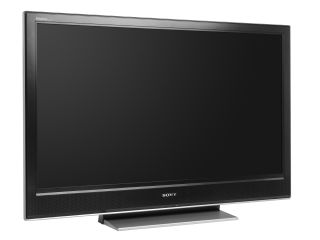 Sony is beefing up its Bravia LCD TV range with three new D3000 series models. The TVs all come with MotionFlow 100Hz, a proprietary technology that aims to eliminate motion judder on high-def images.

MotionFlow 100Hz works by predicting what the moving images will do before they're displayed on screen and then creates extra frames to smooth the moving picture - and it works. In a side-by-side demo of Sony's current Bravia sets and the new D3000 series models, high-def footage from a Sony Blu-ray player appeared sharp and incredibly smooth, with no motion judder, on the new sets - a clear break from what's possible with Sony's current Bravia TV panels.

Sony also showed off its 24p True Cinema technology on the same sets, the aim of which is to deliver a more film-like image. The result is a more natural, 'analogue' look that's actually more pleasing to watch that the brash digital equivalent - Sony says that both lighting and colour of the panels using 24p True Cinema is closer to the movie director's original vision for a given film.

Going someway to help this is a new wider colour gamut for the D3000 series TVs. Sony says standard 8-bit LCD panels are only capable of 256 steps of gradation between different colours, but that its 10-bit panels offer 1,024 shades of gradation, delivering much better colour fidelity.

One remote to control it all

Other features of the new sets is Bravia Theatre Sync which enables you to control the TV and other devices like a Blu-ray or DVD player, home cinema receiver, etc using a single remote control. Bravia Theatre Sync is effectively Sony's version of the Consumer Electronic Control standard used in some HDMI connections (HDMI-CEC).

Commenting on the new TVs, Andreas Ditter, VP of TV Operations, Sony Europe says: "We've all seen several TVs side by side in the showroom and quickly picked out one as the best, but not necessarily because the others were bad. We just notice the small differences and instinctively home in on the one set that is most lifelike, most convincing. Very probably it will be a D3000-Series."

From our initial impressions, we'd have to say we agree.