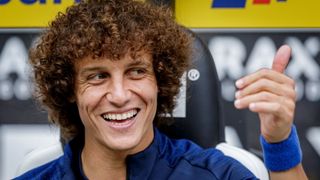 It's a day where productivity across the country goes through the floor, where news reports from some of the nation's bleakest car parks become the most exciting thing ever, and where we all look on in disbelief when we learn that huge multi-billion businesses are still reliant on fax machines in 2019. Yes, it's transfer deadline day for the English Premier League and the EFL Championship!

This year's instalment looks like being one of the more eventful ones of recent times, with the likes of Tottenham, Arsenal, Everton and Manchester United all looking to rush through deals before the late afternoon cut-off point.

Getting a live stream of transfer Deadline Day coverage is thankfully far, far easier than trying to get an ageing centre forward to pass a medical - use our guide below, and you'll be able to keep up with all the mayhem, as it happens.

Transfer Deadline Day Summer 2019 - where and when

Clubs have until 5pm on Deadline Day to bring players in, but can still sell to leagues where the window remains open beyond August 8 (teams in the German Bundesliga, Spanish La Liga and Scottish Premiership all have until September 2 to conclude deals for example, as do teams in EFL Leagues One and Two).

Man United look set to be one of the busiest clubs on the day, with the departure of Romelu Lukaku set to trigger moves for a new forward. Moussa Dembele from Lyon and Polish hitman Robert Lewandowski are rumoured to be lined up by boss Ole Gunnar Solskjaer, while a move to the Red Devils for Tottenham's want-away Norwegian star Christian Eriksen also remains a possibility.

Spurs also look set to make a major signing or two of their own, with talks ongoing for Paulo Dybala from Juventus, Real Betis star Giovani Lo Celso and Fulham youngster Ryan Sessegnon.

Everton appear to have taken a scattergun approach to their business, with the Merseysiders throwing out seemingly random bids for players during the closing stages of the window, with the club now focusing on bringing in Crystal Palace forward Wilfred Zaha and Marseille midfielder Morgan Sanson to Goodison Park.

Arsenal fans have been hoping for some much needed strengthening at the back this window, and they'll be hoping the club can beat the deadline with deals for Celtic left back Kieran Tierney and Chelsea's David Luiz.

With so many deals on a knife-edge, the great news is that following the comings and goings is easy. Whether you're sneakily trying to watch at work or are on holiday abroad, we’ll show you how to live stream Deadline Day coverage no matter where you are in the world.

Transfer Deadline Day is indelibly associated with Sky Sports News's rolling coverage, and the channel's coverage of the ins and outs this year looks to be its most ambitious yet. Deadline Day Breakfast kicks things off on the channel at 6am BST ahead of a special Good Morning Transfers show (9am), with Deadline Day - The Countdown (4pm) taking things up to the close of the summer transfer window.

You can also watch events unfold live online via the Sky Go app all day. Sky customers can add the Football and Premier League channels for just £18 per month or add the complete sports package to their deal for just £23 per month.

If you don’t have Sky, you can watch the action through Now TV. You can get a Sky Sports day pass for £8.99, a week pass for £14.99 or a month pass for £33.99, all without needing a contract. Or bag all of Sky's Premier League action by splashing £199 on 10 months of all Sky Sports channels - great value if you have the cash.

The good news is that there's also a free-to-air alternative if you're looking to follow all the coming and goings for nada, with the BBC offering updates, analysis and opinions from a panel of footy experts on its Red Button service from 4pm. If you're not in front of a television, then the iPlayer or BBC Sport app is the way to go.

We've got your UK (above) and US (below) watching options covered in this article. But if you trying to watch coverage of Deadline Day and you're abroad, you're going to be out of luck - with the broadcast almost certainly geo-blocked.

Luckily, there's an easy way around even this hurdle. Simply download and install a VPN to change your IP address to a server back in your country. That way, your laptop, mobile or streaming device will think it's back at home and thus the geo-block will be avoided. Lovely!

We've tested all of the major VPN services and we rate ExpressVPN as the absolute best. It's compatible with all of your devices, supports most streaming services and ranks amongst the fastest. You can even install it on devices like an Amazon Fire TV Stick, Apple TV, Xbox and PlayStation. So for a one-stop shop, you can't go wrong with Express - but there are more fantastic VPN options out there as well and this is our top three:

Sign up for ExpressVPN: today to save 49% on the best all-round VPN for streaming. It comes with 30-day money back guarantee, so you can give it a try without spending a thing. And if you sign up for a whole year, Express will give you three months absolutely FREE!

And don't forget that getting a VPN isn't just a great idea for watching today. Your day-to-day online life (think banking and shopping) is made safer with a Virtual Private Network thanks to the anonymous, encrypted tunnels they use. They're great for accessing blocked websites and loads of people use them to access foreign Netflix catalogues, too.

If you’re in the US and want to watch how the closing stages of Transfer Deadline Day unfold, then fear not.

NBC Sports will be simulcasting Sky Sports News Transfer Day Show at 6am PT, 9am ET on NBCSN.

If you’d prefer to stream the coverage on your computer, streaming devices or on mobile, the NBC site and NBC Sports App will also be showing the simulcast.