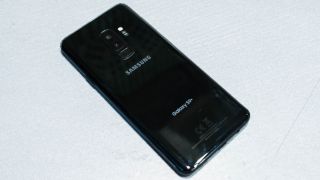 Samsung is widely rumored to be working on at least three and possibly as many as four Samsung Galaxy S10 models and we now have a better idea of what the top model might feature.

According to @UniverseIce (a reputable leaker) the phone will have a 6.7-inch screen, support 5G and add a Time of Flight (ToF) sensor to both the front and rear. A ToF sensor is essentially a camera lens that can judge the distance between it and the subject.

This isn’t the first time we’ve heard talk of a phone along these lines, but it was previously unclear whether this was a Samsung Galaxy S10 model or something else.

Beyond X is Samsung's first 5G mobile phone. It uses a 6.7-inch screen and will be available in South Korea and the United States. It adds a ToF sensor to the front and rear. This is the top version of the Galaxy S10. The 5G LOGO is very cool.19 December 2018

The source doesn’t say how many camera lenses the phone would have in total, but a previous report put it at six, with four on the back and two on the front. Assuming that this is something different to the Samsung Galaxy S10 Plus, that would suggest the Plus model has three rear cameras, since this source says a ToF lens has been added for this model.

There has been some disagreement as to whether the Galaxy S10 Plus will have three or four lenses on the back and the reason for that could be that the four lens one is actually this even higher end handset, but that’s just speculation for now.

In any case, this 5G Galaxy S10 will apparently launch in the US and South Korea. @UniverseIce doesn’t specifically say that it won’t launch elsewhere, but it sounds like it might not be as widely available as the rest of the range. Finally, they add that the 5G logo is “very cool”.

As with any leak we’d take this information with a pinch of salt, though it could well be true given that this isn’t the first time we’ve heard of such a phone. We’ll probably find out for sure in early 2019, as the Samsung Galaxy S10 range is likely to land at MWC 2019 in February.