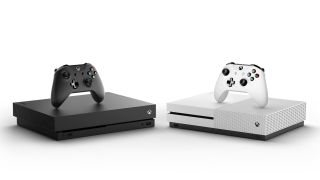 While you can already use Cortana to control your Xbox One with your voice, the death of the Kinect and Cortana’s limited skill set mean it isn’t the most practical option. But that could change for the better, with Windows Central revealing evidence of Alexa and Google Assistant integration with Microsoft’s gaming console.

With both digital assistants available, users won’t need to use the Kinect or a headset to issue voice commands, but make use of smart speakers they may already have.

Windows Central reports that upcoming Xbox One consoles will have a new “Digital Assistants” section from where users will be able to enable the AI they want, then install the skills for that particular platform.

It is as yet unclear exactly what commands will be available, but we can hope that media controls would be a no-brainer for Microsoft to adopt. So launching Netflix or turning down the volume while watching a movie won’t require wearing a headset.

Although there seems to be hard evidence suggesting the expansion of voice control for the Xbox One, plans can always change, so we’ll just have to wait for the official announcement – which could be at E3 or later this year – before we begin to rejoice.