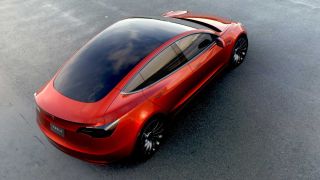 The US National Transportation Safety Board (NTSB) just published its preliminary report on a fatal Tesla Model 3 crash in March, finding that Autopilot was enabled at the time of the incident – and that the crash bears several similarities to another tragedy in 2016.

The roof of the Tesla was sheared off as it collided with a truck-tractor towing a semitrailer, killing the 50-year old man who was driving. The driver of the truck was uninjured. Neither driver "executed evasive maneuvers" according to the report.

Based on gathered data, the Tesla was traveling at 68 miles per hour (13 mph above the speed limit) when the collusion happened, and carried on for about 1,600 feet before coming to a complete stop.

The crash is very similar to another fatal accident, this time involving a Model S, that happened in 2016. Again, the Tesla struck a semitrailer truck, and again Autopilot was engaged at the time of the collision.

However, as the Verge reports, today's Tesla's use a revamped, redesigned version of Autopilot that's significantly different from the one in use in 2016. The latest Autopilot has been developed in-house at Tesla.

After the 2016 crash, investigators determined that the Tesla didn't see the white truck trailer against a bright sky. It remains to be seen whether the same problem is to blame in this latest case.

Tesla rates Autopilot as a Level 2 driving assistance feature, and says drivers must be ready to take the wheel at all times while Autopilot is engaged – when that's the case, fewer accidents happen, Tesla says.