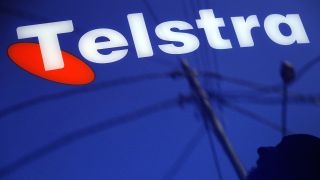 There was big news on Wednesday morning with the announcement that Telstra, one of the country’s largest companies and employers, was undertaking a dramatic restructure of its business.

The main headline was, justifiably, related to the staggering loss of employees over the next three years – 8000 in total – but for many of those in the industry, this has been well overdue. 20 years overdue, in fact.

So many people losing their jobs is certainly not something to celebrate, but this shakeup may benefit all of us in the long run.

Telstra’s privatisation via three share offers (T1, T2 and T3) in 1997 was a chance for a complete refresh of the domestic telecommunications market in Australia. As was the case with our mother country, the UK, and our neighbour, New Zealand, a monopoly telco with significant market power was owned by the government, and a sell-off provided the opportunity to create a much fairer marketplace for services. But unlike the UK and NZ, who correctly separated the wholesale components of these monopolies into separate entities before putting the retail unit up for sale, the Howard government was concerned that a split would devalue the company in the eyes of investors and thus reduce the return to Treasury.

As such, Telstra stayed entirely intact, to the outrage of almost everyone in the country other than the Liberal party, and cemented a staggering monopoly into a position where it could not be effectively regulated. At the time, Telstra basically owned all of Australia’s fixed line infrastructure that mattered – copper to homes, both domestic and international pipelines, telephone exchanges, the largest HFC network, plenty of fibre, and mobile towers. Anyone who wanted to compete with Telstra, now a private, vertically integrated retail company, had to deal with Telstra Wholesale – a department within the company that had no obligation to be fair.

As such Telstra hopelessly abused this power for over a decade – selling lines and data to itself at much lower rates than its competitors. It cherry picked the most viable exchanges for ADSL2 upgrades and made it difficult (and expensive) for competitors to build and maintain their own ADSL2 equipment – which had to be hosted inside Telstra exchanges. It used the enormous cash reserves from this monopoly to build the largest and most technologically advanced mobile network in the world. There were dozens, if not hundreds of scuffles with the ACCC and subsequent governments, leading as we all know now to the showdown that had it cut out completely from the early planning and rollout works of the NBN.

Meanwhile, both NZ and the UK took alternative paths that found their new infrastructure-only companies focused firmly on building out and upgrading the existing networks. OpenReach, the UK spinoff, began building fibre to the node networks almost immediately, and is now in the process of upgrading these now dated networks to FTTP. Chorus, NZ’s offshoot, has been building its own fibre NBN for the last half decade and is now blitzing us in speed and access. Even OpenReach, which is still effectively part of BT, is forced via legislation to provide fair wholesale rates to everyone, showing that whether it was sold or kept as part of the company, there is a strong advantage to separation.

Once the NBN hit, and competition began to broaden in mobile, Telstra quickly found itself struggling against a tide of resurgent value companies leveraging onto cheap wholesale deals for data and connections with competitors like AAPT/TPG, Vocus, Optus, and Vodafone. Its premium profits dived and the company found itself saddled with a massive, useless, copper network, international links that were now hyper competitive, and large peering organisations that were sapping away at their premium domestic pathways. The biggest jewel left in Telstra’s crown was its world-class mobile network – effectively putting Telstra on the same stage as its prime rivals in that game (Optus, Vodafone, and now TPG) which had also dumped billions into 4G and now 5G networks. The other networks had also more effectively leveraged their aging 3G networks to smaller providers to build volume profit, forcing the now unwieldly Telstra to fight on 17 different fronts.

The landscape in 2018 couldn’t be more different to 1997. Sure, we’re saddled with a mess of an NBN, but at the very least that network still represents something that is nation-wide and wholesale only. It is strictly barred from benefiting one company over another, where Telstra Wholesale wasn’t. The competition for backbone and overseas links has dramatically dropped the costs from hundreds of dollars per MB to single digits. Telstra’s once profit-building infrastructure load is now quickly becoming difficult to handle and requires a dedicated team to manage, upgrade and write off in the age of a new government-owned monopoly on the last mile.

As such, Telstra plans to finally do to itself what the government didn’t – split all its “datacenters and cables” into a new separate division with its own CEO, to be known as Telstra InfraCo. This makes for a nice tidy package to be spun off into a new company, or sold to investors if it makes financial sense. This new entity will now be able to focus exclusively on wholesale and will no longer have to consider the retail sensibilities of “retail” Telstra – which in of itself is now going all in on mobile and 5G. This is where the future profits lie for basically everyone in the telco space who can’t capitalise on a wide array of services.

Telstra won’t need 8,000 mid-level staff, managers and executives to accomplish this mission, primarily because there will be a lot of internal demolition. Plenty of legacy services, billing systems, provisioning systems, and a host of teams will effectively disappear – as Telstra itself notes, the literal thousands of products plans it offers are going to drop down to just 20. This removes the almost epic bloat that Telstra currently shoulders, and at the same time, the thousands of people that administer and service that bloat daily.

So how does this benefit everyone else?

Telstra’s power is mainly built on the fact that it can leverage its hefty infrastructure inwards – a separation forces each side to become self-reliant. Telstra can no longer afford to sell itself data transit at a loss, since InfraCo will be built in a way that will require it makes a return on its own. This also means that the products it offers must be competitive and transparent to the market. InfraCo also has no reason to avoid peering with exchanges, as this lowers its own networks costs via providing redundant links at a lower cost.

Like OpenReach, it benefits from building wholesale products, as this helps its bottom line, as opposed to causing competition issues for retail. This opens the possibilities of Telstra allowing access to existing dark fibre and other assets it had specifically not offered for outside commercial use to avoid, again, competition against its retail brands. Because at the end of the day, what strategic investor wants to buy an asset that doesn’t make any money? InfraCo will need to work either alongside NBN Co or parallel to it, upgrading its products and offering new ones to stay relevant and worthwhile.

In the end, it’s ironic that government intervention indirectly forced Telstra to separate on its own. It’s just a shame it didn’t happen 20 years ago when we could have been enjoying a much more fruitful present.