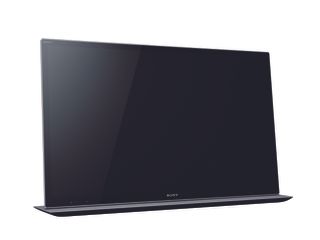 Passive tech could soon be Sony's 3D flavour of choice

This is according to a report by the Korean Times, which has it on good authority that Sony is looking to LG Display to supply it with 3D panels after its move away from a joint venture with Samsung.

If this is the case, then this is a major move by Sony which pitched its 3D future on active shutter displays, alongside Panasonic and Samsung, and would back up a rumour we heard back in March 2011 that Sony was looking to LG for a way out of its TV woes.

LG Display already supplies panels for the likes of Philips, Toshiba and Vizio but if it were to sign up Sony then it would mark a significant blow in the push for active shutter technology becoming the de facto standard in 3D TVs – leaving just Samsung and Panasonic as the main players in this field.

Sony had recently signed up to the first-ever standardisation of Full HD 3D glasses, alongside Panasonic and Samsung which would suggest that it still feels there is life in active shutter technology – and its latest range of televisions have this technology inside – but it does need to cut its losses in this market and choosing FPR panels would certainly help towards this.

Instead of piping Full HD images to each eye, FPR passive technolgoy cuts the pixels in half so that each eye sees 540 pixels – this means the technology is cheaper but LG insists this is not to the detriment of the 3D quality.

The Korean Times is also suggesting that LG could be the supplier of OLED panels to Sony when it does release its own big-screen OLED TV.