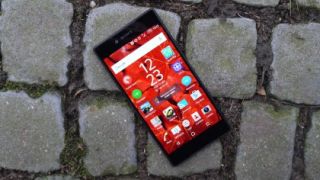 We’ve been waiting a long time for a true successor to the Sony Xperia Z5 Premium – Sony’s 4K smartphone, and it looks like 2017 might be the year we get one.

According to Twitter tipster @Ricciolo1, a premium Sony flagship is coming, which could be anything, except he wrote premium in all caps and added #z5premium and #successor to the tweet, which doesn’t leave much room for interpretation.

However, while a Z5 Premium successor may be in the works, the tweet adds that it probably won’t be shown at MWC (Mobile World Congress) “except the secret rooms”, so it may not be announced for a while yet.

This isn’t the first we’ve heard of a phone that could be seen as a successor to the Xperia Z5 Premium, with earlier leaks suggesting Sony has a phone with a 5.5-inch 4K display, a top-end Snapdragon 835 chipset and either 4GB or 6GB of RAM in the works.

That phone is believed to be codenamed ‘Yoshino’, and while it won’t launch under that name it probably won’t have Z5 or Z6 in the name either, as Sony has somewhat abandoned that range. More likely it will launch as the Xperia XZ 2 or Xperia XZ Premium.

And while we could be waiting a while for it, we shouldn’t be short of other Sony phones in the near future, with the Sony Xperia X2 among others tipped for an MWC 2017 launch on February 27.