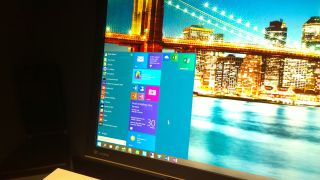 What else is in store for Windows 10?

We've heard lots and lots of rumors about Windows 10, but until now there's been little word about what browser the new operating system will use.

According to ZDNet's sources Microsoft is building a completely new browser to replace the ubiquitous but oft-maligned Internet Explorer.

This new Windows browser is being called "Spartan," and it seems it's a completely new browser not based on Internet Explorer at all.

This is pretty surprising, considering how long Microsoft has stuck with Internet Explorer, but what isn't shocking is that the new browser will reportedly look and feel more like Chrome and Firefox.

Preview builds of Windows 10 have included a desktop version of Internet Explorer, though granted an old version that was always bound to be replaced in future Windows 10 builds.

Microsoft creating a new browser from scratch would explain why they haven't fit a new version into any Windows 10 previews so far.

However the new browser will reportedly use Microsoft's Chakra JavaScript and Trident engines rather than the common WebKit, just like IE does, and Windows 10 may actually ship with both Spartan and the existing version of Internet Explorer 11 (or one slightly updated) for backward compatibility's sake.

"Spartan" for now is just a codename, but we may find out exactly what the new Windows browser will be called at Microsoft's impending January event.