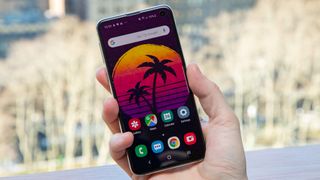 That’s according to Roland Quandt (a reliable leaker) writing for WinFuture. He claims that the red version of all three models will likely be available in Europe within the next few weeks and that some countries may even get them from next week (the week commencing June 10).

However, there’s no word on if or when the likes of the US and Australia will get this shade.

Quandt also shared images showing the Samsung Galaxy S10e in the new color, and you can see from them that it’s a very bright red, so should stand out from most phones.

The color is apparently the only thing that’s changing here though, with the specs and price of the Samsung Galaxy S10e (and the S10 and S10 Plus) staying the same. He does caution that not all memory versions of any of these handsets will be offered in the red shade though.

It’s not currently clear which versions of the Samsung Galaxy S10 and Galaxy S10 Plus will come in red, but if Quandt is right about the launch timing we should find out soon.