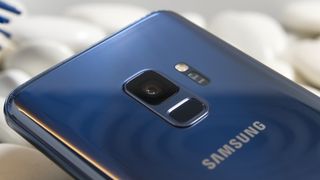 The Samsung Galaxy S10 is perhaps the most heavily leaked phone around at the moment but one thing we haven’t heard until now is how big its battery will be. A new leak changes that though, as a photo of cases seemingly designed for the S10 range also includes text which seems to correspond to battery sizes.

A question of lenses

As for the design of the cases, they don’t really show us anything new, with the only real detail being the horizontal camera block, which we’ve seen images of before.

Based on this image though it looks as though the two larger phones (likely the S10 and S10 Plus) could have the same number of lenses, while the smaller handset likely has fewer, given its smaller cut-out.

We’ve heard plenty of camera rumors in the past, but there’s some disagreement as to how many lenses each model will have. Based on the size of the cut-out in this image it looks likely that the Galaxy S10 Lite has two lenses, while the larger phones possibly have three.

We’d take all of this with a pinch of salt, since these cases could be designed for other phones or simply built based on inaccurate information, but in any case, we’d expect to hear plenty more about the Galaxy S10 range soon, as it’s likely to land at or around MWC 2019 in late February.