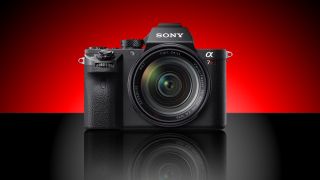 The A7R II is Sony's top compact system camera, though in appearance it looks like more like a small DSLR. It uses a mirrorless design, so the viewfinder on the top is electronic rather than optical. The A7R II is designed for professional photographers and movie makers, and it's a major upgrade over the original A7R, launched in October 2013.

The big story with the A7R II is its sensor. It has a resolution of 42.4 megapixels, which is the second-highest resolution of any full-frame camera, beaten narrowly by the 50-megapixel sensor in Canon's new EOS 5DS.

It beats the 36 million pixels of its predecessor, the A7R, and the Nikon D810, previously the highest-resolution DSLR on the market.

It's not just about the megapixels

The 6 megapixel advantage the A7R II has over its predecessor will make a small but useful difference to the resolution, but just as important is Sony's decision to dispense with an anti-aliasing filter. Traditionally, these are used in front of sensors to reduce the risk of moiré or interference effects when photographing fine textures and patterns, but anti-aliasing filters also blur fine detail very slightly, and with today's high-resolution sensors it's clear that they're seldom necessary. Removing the filter gives the A7R II's sensor an edge – literally – when it comes to rendering fine detail cleanly.

It's also the world's first full frame 'back-illuminated' sensor. The electronic circuitry which normally sits over and around the photosites has been moved to the back of the sensor – the photosites are larger and can gather more light. As a result, the A7R II has a maximum ISO setting of 102,400 – that's two stops (2EV) higher than the old A7R.

Sony points out that photographers have traditionally had to choose between cameras with high resolution but low sensitivity in poor light, or those with high sensitivity but low resolution – the A7R II appears to offer both.

The sensor brings another innovation – no fewer than 399 phase detection AF points. This makes the A7R II's autofocus system 40% faster than its predecessor's. Phase detection autofocus works by comparing views of the subject from two slightly different positions, and the degree by which these views are 'out of phase' tells the autofocus system how far to re-focus and in which direction.

Previously available only on digital SLRs using separate AF sensors, it's now appearing in the form of on-sensor AF points which work in the same – and work alongside traditional sensor-based contrast AF to produce hybrid systems which combine both speed and accuracy.

Sony says its new AF system also offers the widest autofocus coverage for any full-frame camera. It has an 'advanced' motion detection algorithm which helps the camera shoot at 5 frames per second with autofocus tracking. It also works with Sony A-mount lenses via Sony's LA-EA3 or LA-EA1 adaptors.

The big news for videographers, though, is the A7R II's new 4K video capability. Sony already has a full–frame 4K camera in its range – the A7S – but unlike this model, the A7R II can save its 4K footage internally to a memory card. It can work with an external recorder, but it's not essential.

The A7R II supports both Super 35mm and full frame formats, and uses Sony's XAVC format to record 4K at 100Mbps and full HD at 50Mbps. For videographers, the 'bitrate' is a crucial guide to likely image quality.