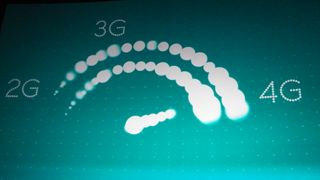 4G is going to get a lot faster

Telstra may be banging its chest about its inevitable 5G technology credentials, but there's still a lot of life in LTE. And Optus doesn't want you to forget it, either.

The telco has today announced that it has successfully delivered peak speeds of 480Mbps to a single device using a combination of 4G technologies.

In order to deliver those kinds of speeds, Optus needed to take advantage of every LTE trick up its sleeve. This included using carrier-aggregation of four separate 4G channels, each 20MHz wide, and a prototype Category 8 device from vendor partner Huawei.

Perhaps disappointing for the purists, the speeds were achieved at Optus' indoor live network site at its office in Macquarie Park.

But the real world numbers weren't too shabby – on its 'gigasite' in Newcastle, the team attained peak speeds of 478Mbps, on the company's actual network.

The art of MIMO

But don't think Optus is a one-technology-trick pony. The telco has also been testing 4x4 MIMO tech with Huawei, with some pretty promising results.

Aggregating two TDD 2300Mhz channels and using devices with four antennas on both the sending and receiving end of the network test, Optus was able to achieve peak speeds of 415Mbps at its office testing facility and 350Mbps on its Newcastle gigasite.

These tests only use 40MHz of spectrum and yet deliver similar speeds, which will be exceptionally useful for when it actually starts rolling out into the real world. Eventually.