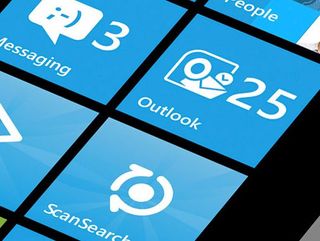 Microsoft has revealed some new information about its upcoming Windows Phone Tango update, explaining that the new software will come to phones this April but will still be badged as Windows 7.5.

It was previously thought that Windows Phone Tango was an update catering for the more budget-conscious handset and this has been confirmed by Microsoft.

Speaking to journalists at MWC 2012, and reported by PCMag, Windows Phone senior product manager Greg Sullivan said about Tango: "This is Windows Phone 7.5. It's a refresh."

It was thought that the update would be significant enough for the company to up Windows 7.5 to at least Windows 7.7 but this isn't the case - when you do update your handset it will still be 7.5 software, with a little added extra.

Joe Belfiore, Head of the Windows Phone team, explains the Windows Phone Tango situation a little more in an official blog, noting the software refresh is more of a leveller to bring the OS to budget handsets, although it will bring some improvements to all Windows Phone handsets.

These improvements include: the ability to attach more than one picture, audio notes and ringtones to MMS messages.

"We've been very deliberate in understanding local requirements, behaviour and of course the ramifications of introducing lower cost phones to the ecosystem."

One of the first phones to be released with Windows Tango is the Nokia 610, which is officially the most affordable Windows Phone to date.

Those looking for a massive upgrade to Windows Phone will have to wait for Windows Apollo which is set for a late 2012 release.