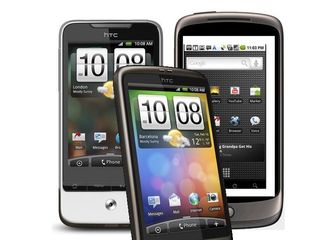 Smartphone usage is set to increase massively in the next few years, with devices like the HTC Legend, HTC Desire and iPhone 4G all set to be big hitters in 2010.

This means a large amount of data running across the UK's mobile networks, and could lead to problems supporting all the traffic requests from users around the UK.

However, Vodafone is claiming it is amongst the best placed to deal with the onslaught:

"We're going to see many more [data-hungry] smartphones on the network in the near future," said Mairead Cullen, Head of Network for Vodafone.

"With data consumption there are a number of elements for a network to consider, such as carrying data loads. For instance, we've got 1.5 million unique users using Facebook each month.

"Secondly, it's managing the signalling associated with that data; smartphones 'chatter' a lot more than normal phones, where they pull data up to ten times more regularly, and we understand and are experienced with the complexities of that model.

"No network can deliver coverage everywhere, so we have to meet the needs of the consumer. We've got 99.7% of the population covered for 2G [voice and text] signals and 81% for 3G, and we also have good indoor coverage, which is where two thirds of mobile use occurs.

"From the numbers quoted, it's clear there will always be pockets where customers can't receive perfect signal, which is why we have a coverage map on our website so we stay transparent to them."

Power from the BlackBerry

Cullen also believes that Vodafone's long term history with BlackBerry use has led to it developing a very stable network, one that would have stood up to the unexpectedly heavy data use from the iPhone:

"If we'd had [the exclusive deal for the iPhone in the UK] there wouldn't have been any data problems. We've had a lot of experience in handling data content from devices.

"For instance, we've had a high volume of BlackBerry users and we've been in business for 25 years, so we know we wouldn't have had the same problems."

Despite having a fairly large stable of BlackBerry devices from its business side for a number of years, Vodafone has only recently been pushing more heavily into the smartphone territory, with devices like the Nokia N900, Sony Ericsson Vivaz and Sony Ericsson Xperia X10.

It will be interesting to see if its network stability claims hold up with this increase to the data-hungry stable.