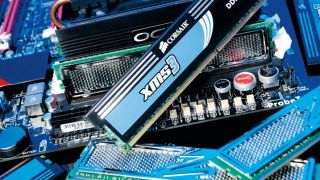 If you thought the 6GB of RAM that the OnePlus 3 launched with was pushing the limits of what's needed in a smartphone you might be baffled by the LeEco LeMax 2 Pro, which is rumored to be launching with 8GB of RAM. That's twice as much as the Samsung Galaxy S7 has and in line with many laptops.

So what can the LeMax 2 Pro possibly be doing with all that power? Not much in all likelihood, but it's not just the RAM that's beyond what's offered by the competition, as according to PhoneRadar, which spotted a Weibo teaser image pointing to a June 29 announcement for the handset, it's also thought to use a Snapdragon 821 processor.

That's not yet been used by any phone, but it's expected to offer a slight performance boost on the flagship Snapdragon 820, found in the likes of the HTC 10 and LG G5. Supposedly the Snapdragon 821 will be a quad-core chip clocked at up to 2.3GHz, rather than the 2.15GHz that the Snapdragon 820 tops out at.

Often Chinese superphones are stuck with just 1080p displays, but not this time, as the LeEco LeMax 2 Pro is also rumored to have a huge 5.7-inch 1440 x 2560 screen. Reportedly there'll also be 128GB of built-in storage along with a microSD card slot, plus a 25MP rear camera and an 8MP front-facing one and this thing is likely to be decked out in metal.

On paper then it's got just about every single phone in the world beat, though apparently it's joining the Moto Z in ditching the headphone jack and it remains to be seen how well the battery will hold up to all that power. It also sounds more like a box-ticking specs boost than one that will necessarily be beneficial.

The Samsung Galaxy S7 Edge is already a multitasking machine with just 4GB of RAM and as impressive as a 25MP camera might sound more megapixels aren't always better.

But the biggest problem with the LeEco LeMax 2 Pro, other than that name, is simply that it probably won't make it west. Still, the company is supposedly planning to start selling some of its handsets in the US this fall, so even if the LeMax 2 Pro isn't among them it might point to a power-packed future.