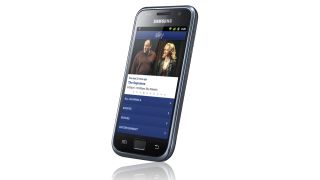 Sky has announced that it will be rolling Sky Go for Android out to handsets carrying Android 4.0 Ice Cream Sandwich by the end of July.

Sky Go has proven to be a hugely popular app on both iOS tablets and phones and selected Android devices, and Sky will now look to roll its service out to more handsets.

"By the end of July an additional update to Sky Go will support the Android operating system Ice Cream Sandwich on compatible devices, as well as new devices including the Samsung Galaxy Note and Galaxy Nexus," Sky said in a statement.

The news arrived along with confirmation that Sky Go for Android will be getting on-demand programmes.

ICS handset owners have been waiting non-too-patiently for confirmation of a date for the Sky Go for Android rollout and will be delighted that they do not have long to wait.

Sky has traditionally rolled its key applications out on iOS first but is clearly aware of the huge Android market among its subscribers.