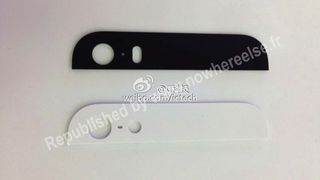 It takes two to make it outta sight

Putting the "i" in "incessant," the iPhone 5S continues its leak streak with an image purporting to show a dual-flash component and some unofficial confirmation about that Sept. 10 event.

We'll start with the brief - and we mean brief - non-Apple yet still authoritative go-ahead about the September soiree that a recent report pinned as when the next iPhone will grace us with its presence.

The Loop's Jim Dalrymple, a long-time Apple follower, cited this line from AllThingsD's report: "Apple is expect to unveil its next iPhone at a special event on Sept. 10."

To which Dalrymple remarked: "Yep."

Dalrymple is known to confirm or deny Apple-related reports with a "Yep" or "Nope," and while his word can't be taken as the gospel truth, it does carry some weight.

Now, in terms of physical evidence of what we can expect from the iPhone 5S, some images that seem to confirm a dual-LED flash have also surfaced.

Thanks to the folks over at NowhereElse.fr, we have a look at a possible component that clearly shows openings for two flashes. This is a rumor we've heard about before, but NWE's images provide some texture to the situation.

A dual-flash would provide plenty of photo-taking enhancements, and paired with a bigger camera (which the iPhone 5S may very well receive), could give it extra oomph against snapper-heavy machines like the Lumia 1020.