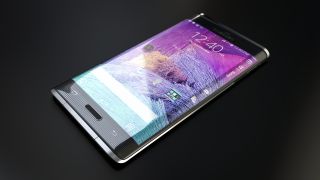 As we move closer to Samsung's March 1 event at MWC 2015, the rumor mill is going into overdrive - and it's just been given a healthy boost from the South Korean manufacturer.

These are being linked to the heavily rumored Samsung Galaxy S6 and Galaxy S Edge devices we all expect to see announced on March 1.

There's no guarantee these IDs relate directly to the two handsets in question, but they do follow on nicely from the SM-G900 series which is the Galaxy S5 and co.

We've also seen a report which suggests the Galaxy S6 (and LG G4) will plump for a dual-camera setup on the rear.

That's pretty unlikely if you ask us, and someone at iNews24 has probably seen the heart rate sensor on the back and mistaken it for a secondary camera lens. Take this one with a huge pinch of salt.

Via GalaxyClub (translated) and GforGames