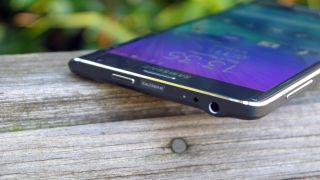 Will the S Edge look much different from this?

Better grab that wallet with a pair of oven mitts, because AndroidPIT reports that it has received the expected prices for the Samsung Galaxy S6 and Galaxy S Edge. Well, at least in Euros. According to the site's sources, here is how the two phones' pricing will break down the the EU:

Waiting for the Apple to fall

Stacking these prices up against Samsung's archnemesis would also give the Korean firm reason to come in at $649 (£539, AU$869) – that's exactly what the entry-level iPhone 6 calls for unlocked from most carriers and Apple itself. And it's likely within which bracket the iPhone 6S will fall, too.

But until MWC 2015, we won't know much more for certain. Barcelona just got that more interesting. We've reached out to Samsung for comment and will update with any additional information.