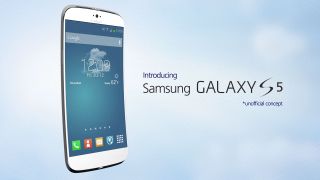 We could still be getting some bend and flex, though

Samsung's tradition of packing its Galaxy and Note phones with AMOLED displays may have come to an end.

The latest rumor is that Samsung is looking to fit PLS LCD displays on its future phones, including the Samsung Galaxy S5 and the Galaxy Note 4 – both of which are expected in 2014.

According to G 4 Games, who picked up the story from the hit-and-miss etnews, the reason is that Samsung is looking to cut down on production costs.

The important thing to note here it that Samsung is apparently only "considering" at the moment, so don't get too overworked by the news.

But the reports state that Samsung could make a decent 20% cost cut by opting for PLS LCD over AMOLED, so it's no doubt a big decision for the company.

Especially as, at the same time, Samsung is said to be looking to put AMOLED displays on its top-end Android tablets.