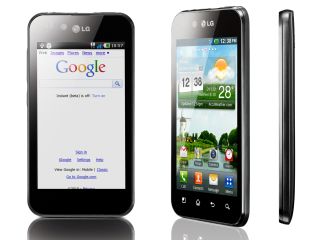 LG has announced its new smartphone contender: the LG Optimus Black, running Android 2.2 and taking the 'thinnest smartphone in the world' crown from Apple.

The new phone will come with a 4-ionch NOVA display, which LG is claiming can offer superb performance in direct sunlight as well as allowing a ridiculously thin chassis, coming in at 9.2mm thick.

The new display is apparently 50% less power-draining than the OLED screens used on the likes of the Samsung Galaxy S, which LG claims will help push smartphones past the standard one day capability of modern smartphones.

It's also offering a 5MP camera with HD video camera and single LED flash, and still only weighs 109g, which feels almost toy-like in the hand with such a lightweight frame.

A new interface for U and I

A new UI is present as well, allowing users to directly access messages, emails and missed calls from the locked screen with a single finger tap.

The LG Optimus Black comes with a front-facing 2MP camera for video calling or self portraits, which outdoes the glut of VGA devices being unveiled on Android at the moment, such as the Google Nexus S.

While the Optimus Black lands running on Android 2.2, it will be upgradeable to Android 2.3, and may even get the tweak before its vague UK release date of first half of 2011.

It should also come pretty cheaply too, with rumours of a sub £30 a month price point making it a very viable alternative to the likes of the iPhone 4.