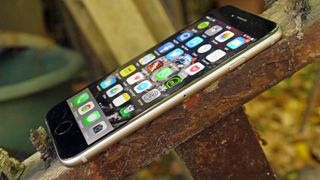 Back at the launch of the iPhone 6 and iPhone 6 Plus some people were sad to learn the 16GB version would be sticking around, accompanied by the 64GB and 128GB options. "Just make the 32GB option cheaper!" they cried.

Well, that doesn't look like it'll be changing on the iPhone 6S either.

Apple's marketing executive Phil Schiller spoke to The Talk Show podcast and said "The belief is more and more as we use iCloud services for documents and our photos and videos and music that perhaps the most price-conscious customers are able to live in an environment where they don't need gobs of local storage because these services are lightening the load."

Focusing on iCloud is an interesting concept – mainly as those with a smaller iPhone will still end up paying to use the cloud service – but it will also allow the company to keep the phone thin.

Schiller said, "If you want a product that's thicker with a bigger battery it's also heavier, more costly, takes longer to charge.

"We model every thickness, every size, every weight and try to figure out what the tradeoffs are. I think we've made great choices there."

So don't go expecting a thicker iPhone upon the announcement in September (but maybe a camera that no longer protrudes from the body).

Speaking on the USB Type-C MacBook Air controversy Schiller said, "If all we do is an incremental, slight change, where's the excitement? We need to take risks. That's the Apple I want. I want an Apple that's bold and taking risks and being aggressive."

We'll hold you to that Schiller, we want excitement come September.