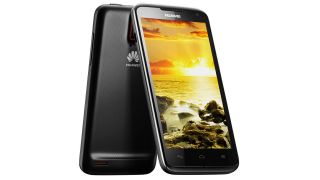 Why are we waiting? Because it's not ready yet!

Huawei has had to delay its flagship Ascend D Quad handset again as the Taiwanese firm has encountered issues with its quad-core processor.

We first saw the Ascend D Quad at MWC 2012 back in February, when Huawei claimed that it was the world's fastest phone – however news about the handset has been thin on the ground since then.

Now according to Yu Chengdong, Huawei's Consumer Business Group CEO, the company has experienced some problems with its quad-core processor.

Chinese website CNMO quoted Chengdong saying Huawei "has encountered some technical problems which caused the delays in production" and it's "working hard to overcome them."

Although the Ascend D Quad sports some impressive specs, it's late arrival to the quad-core game will see it lose out hugely as consumers happily snap up the HTC One X and Samsung Galaxy S3, plus the LG Optimus 4X HD is expected to arrive in stores soon.

Apparently mass production of the Huawei Ascend D Quad will now only start in August, which means it could be September until we get our hands on the final product.

We've contacted Huawei to get more information on this situation and we'll update this article once we hear back. In the mean time, make sure you check out our hands on Huawei Ascend D Quad review.