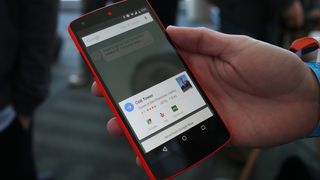 Is your smartphone distracting you?

How good are you at resisting the pull of the pings emitted by your smartphone on a daily basis? Turns out those alerts can be distracting whether or not we act on them.

Academics from Florida State University have found that phone notifications make our minds wander, even if we don't pick up the handset - we start thinking about what the alerts could be and how we might respond to them.

"Although these notifications are generally short in duration, they can prompt task-irrelevant thoughts, or mind wandering, which has been shown to damage task performance," concludes the report.

For the purposes of the study, a group of volunteers were bombarded with alerts, though they weren't told in advance to expect them. Those that got the notifications were less productive and made more mistakes.

In fact the researchers found that just receiving an alert can be as much of a distraction as actually making a call or sending a text - and that could have implications for phone use in cars and many other scenarios.

So if you really want to get on with the task at hand and make some progress then just ignoring the buzzes and bleeps from your phone isn't enough - you have to switch it off altogether.