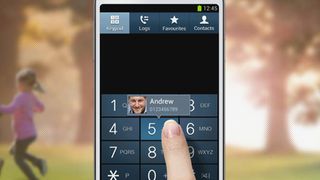 The art of using Air View on the Samsung GALAXY S4

Quickly becoming our favourite smart feature on the GALAXY S4, it's one of those things we never realised we needed until we had it. Now, we can't imagine our mobile life without it.

What is Air View?

Air View comes into play when you hover your finger over the Samsung GALAXY S4 (or the S Pen over the GALAXY Note II). For the most part, it's a means of previewing what's on your phone with minimum effort and fuss.

For example, when in a gallery, it lets you see inside albums without opening them, while in the Email app, it gives you a look at the main body of each message.

How is this better than opening a folder or an email? Simply put – it saves you time. It's instant, it doesn't disrupt whatever else you're doing and, if you do decide to tap-through, it lets you know you're opening the right thing.

How do I turn it on?

Air View isn't switched on by default on the Samsung GALAXY S4. To activate it, pull down the notification bar in the quick settings menu (by swiping from the top of the screen towards the bottom) and tap the top-right-hand button to display all your quick toggle options.

Tap the Air View option to turn it green and you're good to go!

How do I use Air View in S Planner?

Air View takes this to the next level by digging down within each tab. So in year view, each month is magnified by a simple finger hover. In month view, each day's events can be accessed in the same way. In week view, a hover over a calendar entry will pull up a peek into event details such as location and time.

How do I use Air View in Email?

With its combined inboxes for multiple accounts and a white-on-black UI that takes full advantage of the HD Super AMOLED display, Samsung's Email app on the GALAXY S4 easily trumps its Gmail equivalent.

With Air View, it also lets you see the content of each message before you open it, saving you from opening a dozen emails with the same subject line just to find the one you want.

How do I use Air View in Gallery?

Taking advantage of Air View in the Gallery app is a piece of cake. Just hover your finger over a folder and a pop-up window will appear showing a preview grid of thumbnail images.

The more folders you have, the more helpful this becomes, and the easier it gets, the more it encourages you to take lots more photos, safe in the knowledge you'll never have any trouble finding that important design sketch among 500 cute pictures of dogs.

How do I use Air View in Video Player?

There are two great ways to use Air View when you want to watch a video. Firstly, you can use it for folder previews in just the same way as you can in the Gallery app – but with pop-out previews that actually move!

Secondly, and even more ingeniously, you can even use it when a video is playing to get a glimpse of what's coming up without disrupting the playback.

Simply float a finger anywhere along the timeline and a preview frame will appear, showing you the shot that corresponds with that point in the video.

How do I use Air View in Flipboard?

Flipboard is a feed aggregator that presents news and social media services in a handsome, magazine-style layout. It's not a native Samsung device, yet its developers have been quick to realise just how useful Air View can be.

So, float a finger above one of the feeds on its front page, and you'll get an expanded view of the top three posts in that section, so it's easy to see if it's worth tapping through, be it a Facebook update, a tweet, or a breaking news story.

Where else can I use it?

Air View can also be used to display the name of contacts assigned to speed dial numbers, to magnify a portion of a web page, and to expand email and text message notifications in your notification bar.

Which features you'll use most depends on how you use your GALAXY S4, but once you switch Air View on, the one thing your finger won't be hovering over is the option to switch it off again!