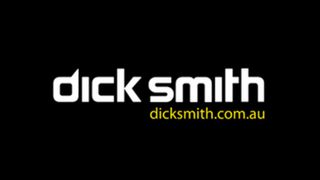 Dick Smith wants to provide you with all your mobile needs...

So while Vodafone CEO Bill Morrow sees a bleak future for MVNOs, retailer Dick Smith has given the market a boost of confidence by partnering with MVNO Think Mobile to offer post-paid mobile plans.

Dick Smith will be selling the Think Swift 3G Ultimate plan and the Think Classic 3G plans, which use Vodafone's and Telstra's network, respectively.

The Swift 3G Ultimate plan cost $59.95 per month over 24 months, offering unlimited standard calls, SMS/MMS and 4GB of data. You can get the Samsung Galaxy S4 Active, Samsung Galaxy Note 2, Samsung Galaxy S3, Nokia Lumia 925, Sony Xperia Z or the HTC One on this plan.

The Classic 3G plan costs $50 per month over 24 months for $500 worth of calls, SMS/MMS and 1.5GB of data. This plan can be paired with the Motorola Razr HD, Samsung Galaxy Express, LG Optimus L7 2, Samsung Ativ S or Huawei Ascend P6.

While Dick Smith has offered prepaid plans through its stores, this will be the first post-paid plans offered by the retailer.

Dick Smith for the traveller

You'll also be able to pick up a SatSleeve, which attaches to an iPhone 4 to turn it into a satellite phone. Dick Smith assures us that it has 100% coverage Australia wide and it will be releasing, Android and iPhone 5 versions "in the near future".

Globalgig's SIMs and Wi-Fi hotspot device will also be available at Dick Smith stores, which offers a cheap options for data roaming in a number of countries.