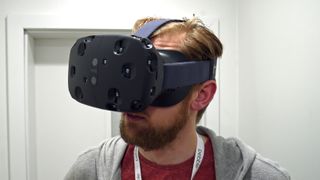 Do you believe in life after Chou?

There's been a major reshuffle at the top of HTC, with the smartphone manufacturer appointing Cher Wang as its new CEO.

It's a job Wang has been eased into over the past few months, so this announcement hardly comes as a huge surprise.

She takes over from Peter Chou who remains in the company, taking a new position as head of the HTC Future Development Lab.

So what's the vision for Wang's HTC? Well it looks like she's planning on developing more devices in different areas of the industry, with the firm's focus no longer solely on smartphones.

A new generation of products

"We pioneered the smartphone industry; now we are applying that thinking to realize the potential of a new generation of connected products and services," Wang said.

"The overwhelming response that our virtual reality product, HTC Vive, received earlier this month underlines the importance of these new connected technologies for our future."

HTC won't be giving up on mobile and you can be sure it'll be pushing the new One M9 hard, but you can expect to see a greater onus on wearables, - such as the HTC Grip - tablets, VR devices and more from the company in the future.