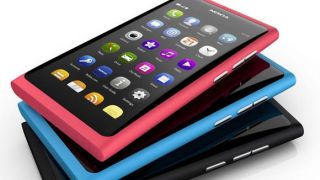 Jolla's MeeGo-based OS is official saying "me too" in the crowded world of mobile operating systems.

The Finnish smartphone start-up was rumored to introduce its new OS, codenamed Sailfish, as reported by TechRadar yesterday. Now the company is saying when and where.

The Slush start-up conference in Helsinki, Finland will be the venue for the first Sailfish demo. With the event running Nov. 21- 22 - the unveiling is expected to take place on one of those two days.

Jolla is made up of ex-Nokia employees who worked on the Nokia N9 - the only smartphone to run MeeGo despite Nokia's prior commitment to iOS and Android rival.

The new company is promising to continue with a highly scalable, open source version of the OS and UX for smartphones, tablets, TVs, and vehicles.

Jolla expects to license its Sailfish operating system to other device manufacturers, design houses and service companies in spring 2013.

One advantage that Jolla has already is a partnership in China with phone retailer D.Phone Group.

"China is a game changer in the technology industry," said Jolla CEO Jussi Hurmola in a press release. "The next big mobile change will come from China and Jolla wants to be enabling it. There are massive resources and competence to transport the whole industry."

Plenty of Sailfish competitors in the sea

Sailfish remains an unproven OS, despite the commitment in China and Jolla's game plan to keep the mobile OS open to community participation.

Google's Android and Apple's iOS are making tremendous gains throughout China, and BlackBerry 10 is set to launch in 2013, around the same time as Sailfish.

What's more, Firefox OS is also throwing its hat in the ring, targeting "budget phones." Samsung could easily do the same with Bada, and Chinese phone manufacturer Huawei is working on a fail-safe OS just in case.

Still, it will be interesting to see what new features this open-source mobile OS has to offer next month, especially knowing that it will continue MeeGo's unique community involvement initiative.