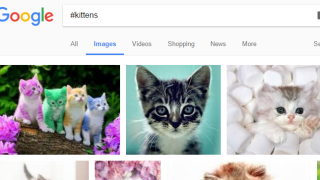 Do you frequently find yourself suffering from a spotty mobile internet connection? Google has announced a new update to its Android search app that you may find useful.

Now, if you search for something on the app while you’re offline Google will store your search and notify you that you can access the results as soon as you’ve reconnected.

We tend to find ourselves at our most inquisitive and in need of answers when our internet is at its least reliable – on public transport, for example – so this is a great way to make sure the random wonderings you have on your morning commute (how long did it take to build the London Underground?) are answered and not forgotten.

If anything it’ll be an interesting way to reflect on your train of thought – just make sure you don’t Google anything that you’d rather didn’t reappear on your screen later.

Google assures users that they don’t have to worry about this new feature draining their battery or their data allowance, either, stating “This feature won’t drain your battery, and by fetching streamlined search results pages, it minimally impacts data usage.”

If you’re running the most up-to-date version of the Google search app for Android you should have access to this feature right now. There’s no word just yet on when or if it will come to iOS devices.