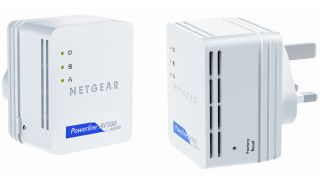 There are plenty of Homeplug options available

Powerline networking, like many traditional networking standards, aims to solve the seemingly simple problem of connecting together devices that are physically far apart.

The difference is, while traditional Ethernet networking would have cabling strewn throughout your home, powerline does it mostly invisibly, apart from the telltale adapters in your power sockets.

When Powerline is a boon

The beauty of a good powerline networking solution though is its simplicity - plug in an adapter next to your modem router and another next to your computer, television, Blu-ray player or console, and you're good to go.

There's rarely a need to configure the adapters themselves, the range can be much greater than anything Wi-Fi can offer and there isn't the (often over-hyped) opportunity to snoop in on your data as their potentially is on Wi-Fi - or more realistically have unwanted guests use it, because you haven't been bothered to change the default password.

Just as the standards have advance on Wi-Fi, so powerline networking has marched to the improvement beat. The first serious consumer devices launched into the world offered a theoretical maximum throughput of 14Mbps, didn't adhere to any interoperability standards, suffered from interference from other devices on the same electrical loop (such as lamps, televisions and microwaves) and were surprisingly expensive given their less than impressive throughput. But hey, even the most useful standards have to start somewhere.

This first generation of devices were soon replaced by faster models, offering a theoretical maximum throughput of 85Mbps and a more robust infrastructure. On top of this speed increase, manufacturers, like of Devolo began to introduce different models offering more flexibility - integrated Wi-Fi for instance, as seen in the Devolo 85Mbps dLAN Wireless Extender.

Interoperability soon became an issue, and the HomePlug AV standard was formed by the major player at this time to make sure that we all didn't walk away in disgust before Powerline had chance to shine. The HomePlug AV standard dictated that anyone that signed up for the right to display the logo on the box must operate at predefined speeds and be able to be used with other devices at the same time. This is something that has continues today, and if you're looking to mix and match a variety of adapters, then you simply have to make sure that the devices carry the HomePlug AV logo.

The big news about the first strand of HomePlug AV devices was that it increased the operating speed of the networks up to 200Mbps. In real world terms you'd do well to see anything like that performance, generally anything approaching two thirds that number at a useful distance is to be commended, but even so 60-70Mbps is sufficient for a single HD stream or for copying medium-sized files around.

You can find plenty of last-generation adapters still on sale, and while we'd recommend keeping your distance from the first two generations of adapters, anything displaying the HomePlug AV 200 certification is worth picking up, especially as the pricing can be so low - starter kits can be picked up for a little as £30.

This standard has recently been tweaked in preparation for the IEEE 1901, which has seen the supported speed increased up to 500Mbps. Again you won't see such high transfer speeds between two machines - in testing at reasonable distances you'll generally see less than 100Mbps. However the extra potential bandwidth does mean that you can add other adapters to the same network (theoretically up to 255), so you can stream multiple HD movies around the home.

Homeplug: what to buy

If you're looking to buy your first powerline networking adapters, then a starter kit is often the best way to go, although the price difference over single adapters is nominal at best. It does ensure that the units are guaranteed to work together, but more importantly means that you've got everything you need in one easy box.

More interestingly these days is the number of options available to solve particular problems with individual setups. Pass through power sockets, for instance, are available from all of the major manufacturers, ensure that you don't lose a power socket when installing a powerline network. This can be a particular problem if you're looking to include your television, set-top boxes or consoles in your home networks - where every plug is sacred.

Another modern fad for manufacturers is to include three or four network connectors on adapters. Again this makes them an ideal solution if you're looking to share your network with all the devices under and around your television - as you don't need to use a switch in addition to getting the network to the right place. These units do tend to be bigger than their single-socket siblings, but the reason for this is fairly straightforward.

Could Gigabit Ethernet be the answer?

At the opposite side of this scale is the predilection for manufacturers to produce mini adapters. These compact units are ideal if your sockets are in a tight space or are on show. You do tend to pay a premium over standard-sized adapters, but they're worth considering particularly if you have a socket that's low to the ground, or is shared with a device that has a built in transformer.

Manufacturers have also started bundling some of these varieties together into single package. Devolo for instance has taken the sensible step of combining its pass-through technology with its triple-connector form factor to produce the Devolo AV 500 triple+ - an ideal solution for anyone looking to connect up a Smart TV, console and set-top box in one package. It's expensive compared to some options, but it does offer everything you could want in one package.

Another consideration for anyone looking to buy a modern set of adapters, is Gigabit Ethernet. As HomePlug AV is now running well over 100Mbps limit of standard Ethernet connectors, you would assume that manufacturers have shifted to Gigabit connectors for their devices. Somewhat surprisingly this isn't the case.

While this was less of a problem with the HomePlug AV 200 standard, which rarely saw real-world speeds at useful distances near 100mbps, it is more of an issue with HomePlug AV 500 devices. If you're looking to get the most out of your network, then we'd recommend ensuring any devices you look at boast Gigabit connector.

It's rare in the computing industry for their to be an ideal time to buy into a specific technology - after all there's always the next iteration around the corner. For once though, Powerline is looking good - the performance on offer is fast enough for multiple HD streams, while straight throughput for file transfers is excellent too.

If there is a technology round the corner to upset the powerline cart, then its the next iteration of Wi-Fi, 802.11ac, which boasts a theoretical throughput of 1.3Gbps. Such devices are going to demand a hefty premium for some time to come though, so until that standard has proved itself, there's still definitely a place for powerline.