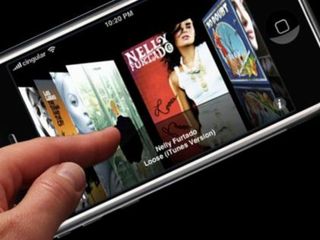 The latest iteration of iPhone's firmware is a significant one – including a whole raft of changes that should enhance some of the handset's more problematic areas, including dropped calls and set-up failures.

Google Street View is perhaps the most headline friendly change, so the terminally lost can now look at the pictures taken by the infamous Google cars to try and work out just where they are.

Of course, without the Android G1's compass this is less effective than in T-Mobile's smart phone, but it's a welcome addition.

The Safari browser has been tidied up; the search bar has been moved up next to the URL field, which is a sensible move and frees up much-needed screen space.

The phone's podcast functionality has never really appeased fans, but that could change with the new ability to download your favourites without all that plugging it in malarkey.

Auto correction can now be turned off for those who are fed up of finding their hurried text messages resembling a randomly assembled grouping of words. Apple also includes other options for enhancing the typing function.

But, before you ask, cut and paste hasn't made a last ditch appearance.

We'll have an in-depth look at the iPhone firmware 2.2 later in the day.