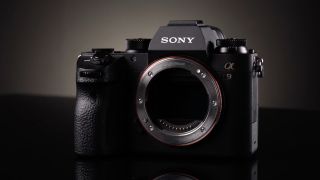 Alongside the announcement of the Alpha A6400, Sony has said it's bringing major firmware updates to the Alpha A9, A7R III and A7 III.

First up, the Alpha A9 will get a version 5.0 of its firmware in March, which will bring a number of improvements to the camera's already advanced autofocus system, including Real-time Tracking and Real-time Eye AF. This sees AI-based object recognition employed to detect and process eye location data in real time, which Sony says results in improved accuracy, speed and tracking performance.

This also now means that in all autofocus modes the camera can automatically detect the eyes of the subject; Eye AF can be activated with a half-press of the shutter button, and the camera will track the eyes at all times when in AF-C mode. The new firmware will also enable photographers to select the preferred eye (left or right) of their subject as the focus point.

On top of this, the firmware will bring tweaks to operation and connectivity, including compatibility with Sony's new Imaging Edge Mobile app.

This will be followed by version 3.0 of the Alpha A7R III and A7 III firmware in April, bringing with it not only Real-time Eye AF, but also Real-time Eye AF for animals. This is designed to aid wildlife photographers (and those who lurk on the internet and only photograph their cat), as the camera will know to lock onto the eye of the animal they're photographing, enabling the photographer to worry concentrate on framing an composition.

The firmware will also bring interval shooting to allow for the creation of time-lapse videos, and connectivity improvements (and, as above, compatibility with Sony's new Imaging Edge Mobile app).

Finally, the Alpha A9 gets another firmware update (version 6.0) that Sony has slated for 'summer' 2019. This will further extend the A9's autofocus capabilities with Real-time Eye AF for animals.