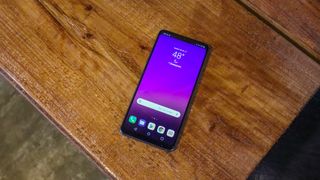 While previous rumors had suggested that the LG G8 would be announced in late March, or possibly even in May, we’re now hearing that it might actually land at MWC 2019, which kicks off on February 25.

That’s according to Android Authority, though it’s not clear where the site got its information from, and it adds that the plans could change, especially as Xiaomi apparently has a phone launch planned for the same day.

Those previous launch rumors don’t necessarily conflict with this one, as the site claims that LG has accelerated its 2019 production schedule. In other words, it may previously have planned to launch the LG G8 later but now have moved it to MWC 2019.

We wouldn’t count on this rumor being right though, especially as LG launched the LG V30S ThinQ at MWC 2018, so a new V model (likely called the LG V45 ThinQ) would seem a more likely fit for MWC 2019.

We also don’t know as much about the LG G8 as we’d expect to if it was really launching in February, though some rumors are starting to emerge. For example, it’s rumored to have a 4K LCD screen and a sound-emitting display.

But if the LG G8 really is landing in late February then we should start hearing a lot more about it soon, so stay tuned.