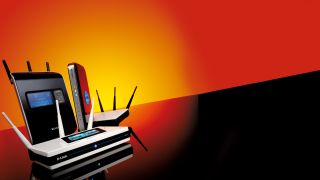 Crack out the tin foil hats, there's a new computer virus to fear that can travel over Wi-Fi networks.

The helpful folks at the University of Liverpool have developed the virus, which they say can travel between computers like the common cold between commuters.

The researchers have called the virus Chameleon - it targets Wi-Fi routers that have not had their admin passwords changed. Once the hackers get into the device, they're able to install new firmware and bring it under their control.

But using one access point to shill for passwords, data or other private information isn't the end of it - once Chameleon has its claws in one Wi-Fi access point, it then automatically looks for other vulnerable routers nearby and does the same to them.

Professor Marshall, professor of communication networks at the University of Liverpool, explained to the BBC, "Once you do that, you can then do other things with it. You can recover passwords, steal data - anything you want."

It's not the big businesses with robust security measure's who'd be most at risk from a virus like this - rather, it's homes, small businesses and public Wi-Fi that would be vulnerable.

The team in Liverpool are now working on a product that could be installed on all Wi-Fi access points to stop this from being possible without you needing to change your admin password yourself.

Cheers for that, guys.