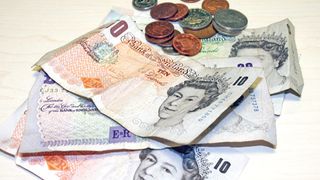 Tech giants Google and Amazon faced a government grilling on Monday amid accusations neither is paying enough tax in the UK.

The pair were invited to talks earlier this month in order to address public and political concern that they were raking in the cash on British soil without paying their fair share of taxes.

During the talks Amazon was accused of being "deliberately evasive" when Andrew Cecil, the company's Director of Public Policy, refused to reveal the retailer's UK earnings to the committee.

Chair of the Britain's Public Accounts Committee (which monitors the government's financial affairs), Margaret Hodge MP, called the company's lack of disclosure "not acceptable" and "outrageous."

Amazon is able to avoid UK taxes by routing sales through a holding company in Luxembourg, allowing the company to pay less than 12 per cent tax on its foreign earnings.

Hodge said: "People want to know why companies which benefit from an infrastructure paid for by them and are paying people low wages who receive taxpayer-funded tax credits from the exchequer are not paying their fair share."

Meanwhile, the committee also had choice words for Google, which paid just £3.4 million in UK taxes last year on £2.5 billion in sales. The company has even reported a loss in the UK for the last two years.

Google said it operates within the law by basing operations in Bermuda and Ireland, in order to take advantage of lower tax rates.

The two companies, plus Starbucks, who also faced the committee, have been requested to provide more information on their activities.