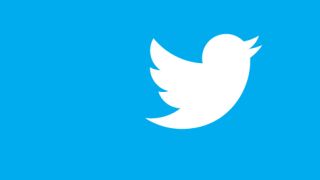 Twitter has come under fire for banning a journalist who tweeted critical comments about US broadcaster NBC.

He tweeted, "The man responsible for NBC pretending the Olympics haven't started yet is Gary Zenkel. Tell him what u think!"

Adams was disgruntled that NBC didn't air the ceremony live to viewers on the west coast of the US, citing a six-hour time delay as a "money-grabbing" move by the network.

NBC says that Twitter alerted it to the tweet containing Zenkel's email address and banned Adams because posting other people's private information without their permission is against its user rules.

Its rules do state, "You may not publish or post other people's private and confidential information, such as credit card numbers, street address or Social Security/National Identity numbers, without their express authorization and permission" – although it makes no explicit reference to email addresses.

NBC and Twitter are currently working together on an Olympics Hub, curating tweets from athletes, fans and NBC staff throughout the Games.

In other Twitter-related news, police have arrested a 17-year-old for baiting diver Tom Daley after he came fourth in the synchronised diving 10m platform event on Monday afternoon.

Daley's father passed away last year, and so disappointed was Twitter user 'Rileyy69' with Daley's medalless performance began by sending a reply to Daley saying, "You let your dad down I hope you know that."

According to the police, 'Rileyy69''s has been arrested on suspicion of malicious communications - although the arrest is more likely to be related to later, more agressive tweets including actual death threats.