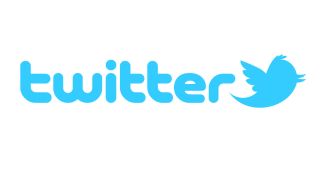 Paul Chambers, the man who was found guilty of sending a menacing tweet and found himself at the centre of the Twitter Joke Trial, has won a High Court appeal against his conviction.

The Twitter Joke Trial controversy was sparked when Chambers tweeted 'Crap! Robin Hood Airport is closed. You've got a week and a bit to get your shit together, otherwise I'm blowing the airport sky high!'.

He was subsequently convicted of "sending a message of a menacing character, contrary to provisions of the 2003 Communications Act".

He was fined £385 and ordered to pay £600 costs at Doncaster Magistrates' Court in May 2010, but has been battling to clear his name ever since with the support of some high-profile celebrities.

And now Chambers has had his challenge against his conviction upheld in the High Court, with Lord Chief Justice Lord Judge saying: "We have concluded that, on an objective assessment, the decision of the Crown Court that this 'tweet' constituted or included a message of a menacing character was not open to it.

"On this basis, the appeal against conviction must be allowed."

Loz Kaye leader of the UK political party, The Pirate Party, welcomed the decision, saying it was a victory for common sense.

"I am happy that this long running nightmare is over for Paul," said Kaye.

"But this case should never have gone this far, it has been a huge waste of Police and Court time. Today's verdict is a win for common sense as much as freedom of speech," he added

"Despite finally arriving at this positive result, the chilling effect on freedom of expression remains.

"It is time to support free speech and review the Communications Act. The law is clearly broken when a person can be jailed for light-hearted comments on social media.

"If the government does nothing, there is still the threat of arbitrary arrest for even the briefest harmless joke."