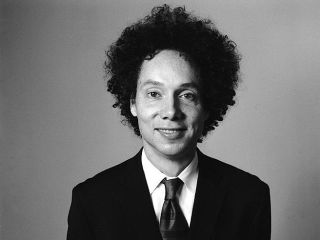 Facebook might not hold onto its huge success for much longer, thinks Malcolm Gladwell, author of The Tipping Point, Blink and Outliers.

The author, whose books have dealt with what defines popularity and what underlies decisions, told RIM's Wireless Enterprise Symposium that what makes Facebook different is not just the social networking phenomenon or the number of users it has, but the age and attention span of those users.

"For the first time in history, consumer patterns are being driven by adolescents," says Gladwell. "It has never been the case before that the driving consumer force was adolescents."

The generation gap is more than a matter of taste, he claims. "They're not like the rest of us. They're weird! They have an appetite for change and complexity most of us don't. They have no commitment to any formal positions."

And the explanation for the success of simple apps on Facebook? "They also have a lot of time that the rest of us don't. Their pattern of technology use is profoundly different from the rest of us."

"When your innovation is being driven by adolescent patterns, you have something that's profoundly unstable," says Gladwell. "When people say to me that Facebook is the future, I say maybe not. Maybe it is, but five years ago they were all into Friendster. Where is Friendster now? Where is MySpace for heaven's sake?

"Whenever you have a significant component of the innovation stream being driven by adolescents, the only thing you can say is we're going to be the fastest ever reactor."

Gladwell also explained that the current economic situation may cause a major shift in where young achievers concentrate their efforts when looking for employment. And this may mean an increase in the number of innovative competitors in the social networking market, or even a complete challenge to the way businesses are run.

"The decline of Wall Street means we are redirecting the imaginative priorities of an entire generation of people." says Gladwell. "It is astounding what percentage of very bright, very driven people from around the world went into financial services over the last 15 years.

"That human capital is being and will be redirected. It will be an amazing thing when the smart kid coming out of MIT says 'I'm not going to Goldman Sachs. I want to do something more productive with my life'."

If something 'more productive' turns out to be a start-up, Gladwell encourages them to change the rules that are set up by large companies and institutions to protect their own position - and if they get to be successful by changing the rules and working harder, to remember that was the key to their success.

"Start-ups start out with an aggressive mindset then they get to think their success is due to something else," explains Gladwell.

And that makes them just like the dinosaurs they used to challenge.