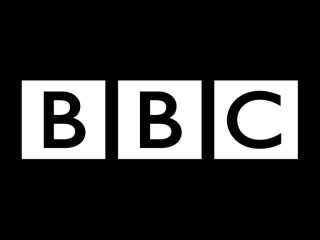 The folks behind Project Canvas - BBC, ITV, C4, Five, BT and Talk Talk - have revealed some more snippets of information regarding the set-top box IPTV service, revealing that it could well end up on PCs.

A new questions and answers page was revealed today which outlines the reasoning behind Project Canvas, outlining its manifesto and some key concerns.

Included was the news that it is theoretically possible for the service to end up on computers, with the Q&A noting: "As convergence gathers pace, the differences between the capabilities and usage patterns of PCs and TVs breaks down. Theoretically, any device could carry the Canvas brand and UX if its meet the technical specification."

The piece does note, though: "However, while the vast majority of the applications and services that we expect to be part of Canvas will be available via the PC, this project is primarily concerned with bringing those services to the TV set."

Other titbits announced were to do with customisability of Project Canvas. Although it hasn't been revealed what the service will look like, there is some news that it won't be anything that breaks EPG norm.

"[Project Canvas] will follow the linear EPG of Freeview/ Freesat for broadcast channels to provide a consistent user experience that is familiar to users.

"It is likely that there will be gaps in the EPG – providing room to add in additional content – and customisation may also feature, allowing users to select their favourites, re-order the EPG and delete content they are less keen on."

Overall the Q&A highlights the reasons why Project Canvas is needed in the home, explaining: "Canvas will create a genuinely open platform for content providers who would have previously not been able to gain access to the TV screen…

"The aim with Canvas is not to create a global standard, but to create a UK platform which is scalable globally. In pursuit of this, we are actively engaged with global partners, and while we recognise the differences between the various standards, we are working to ensure alignment wherever possible."

It's refreshing to see a company being so transparent about an upcoming service, something Alex Lane from What Satelitte and Digital TV agrees with: "Canvas may be following in the footsteps of Freeview and Freesat, but neither one was ever as open as this when they were creating their specification.

"Now all they need is a 'your recommendation' button and it'll be a genuinely public project."

There is no official UK release date for Project Canvas but with the BBC Trust's approval it should be up and running sometime near Christmas 2010.