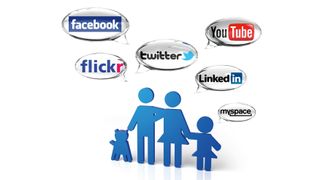 The RIOT program users social media data to watch everyone

A US security company has developed a product that mines data from social networks to secretly monitor any citizen and predict their movements, Minority Report style.

Raytheon is the multinational firm behind the Rapid Information Overlay Technology (RIOT), which uses information gleaned from Facebook, Twitter, Foursquare and Gowalla, among other networks.

In a video demonstration, the company's principal investigator Brian Urch showed how easily the software can analyse your past movements and use them to predict future ones.

Firing up a browser page that looks like an evil Google, he tapped the name of a staff member into the Riot browser, returning a host of social network-based results.

He then pulled out the staffer's check-ins which were instantly plotted on a map. Urch also explained that the software can plot locations pulled from uploaded photos' EXIF data.

Using RIOT, Urch told us that the best place to find this particular staff member was at the gym on a Monday morning, around 6am.

As well as location and photographical data, RIOT analyses your connections across networks and displays them in handy graphical format.

While Raytheon says it hasn't sold the RIOT program to anyone "yet", it did concede that the US government "and industry" have seen RIOT.

"Riot is a big data analytics system design we are working on with industry, national labs and commercial partners to help turn massive amounts of data into useable information to help meet our nation's rapidly changing security needs," Jared Adams, a spokesperson for the firm told the Guardian.

"Its innovative privacy features are the most robust that we're aware of, enabling the sharing and analysis of data without personally identifiable information [such as social security numbers, bank or other financial account information] being disclosed."

While the company positions itself as allowing a kind of "private" monitoring for the greater defensive good, it will no doubt leave many people feeling exposed.