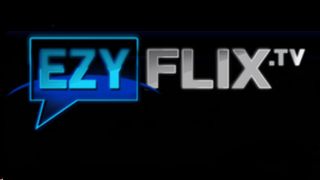 Not quite Netflix, but a welcome addition...

Update: At the launch event held today, we were able to find out some more details on how the ExyFlix.tv system will work.

While it works through web interfaces, there is currently also native apps for iOS, Android and Kindle devices, with plans to work alongside other manufacturers and studios to bring apps to smart devices, including TVs.

Up to five devices can be registered under one account, and users will be able to swap devices in and out, with the possibility of syncing in the future.

Though its catalogue is comparatively small, CEO White assured us that there are more titles being added, with plans to have US shows added within hours of US broadcast.

In terms of UltraViolet titles, White revealed that users will eventually be able to buy "specially marked" UV titles from the service.

"When you buy a specially marked video file from EzyFlix, it will be added to your Ultraviolet locker. What movies include this is determined by the studios, not EzyFlix, but it will soon include TV shows."

From chatting with White, it is clear that EzyFlix is still a very young offering, and it will be interesting to see how it develops and contends with the likes of Google Play and Apple iTunes.

With Foxtel Play launching only a few weeks ago, it looks like the year of the IPTV services in Australia, as EzyDVD's parent company, Access Digital Entertainment (ADE), launches EzyFlix.tv today.

"Australians are hungry for new release movies and US TV shows, and tired of feeling like they're behind the rest of the world," said ADE CEO Craig White.

He said that content will be delivered conveniently and timely, "express from the US".

"It also allows people to build their own digital movie and TV library in the cloud, and has been designed specifically to meet the needs of the 'connected consumer', who wants to be able to access their chosen content via multiple devices at any time," said Mr White.

Besides being already available on multiple devices, the biggest coup for the service is that it supports UltraViolet (UV) purchases, so all your purchases in your UV locker can be included and accessed in your EzyFlix.tv account.

"We are also the first provider to retail UltraViolet, a cloud-based digital rights system which offers people a digital 'locker' and gives them the ability to share purchased UV content with up to five friends for free," he said.

While some may be waiting for Netflix, Hulu and Vdio to make it down to Australia, locals Foxtel and Quickflix may be sitting up and taking note of this morning's launch. Though what EzyFlix.tv seems to excel in is being a local alternative.

The prices are in line with iTunes, Xbox Live and PlayStation Network, while BigPond and Quickflix only offer movies for rent from $3.99. Quickflix has TV show episodes to own from $2.99, but BigPond has rent-only episodes from $1.99.

ExyFlix.tv has no current subscription model as Quickflix, Foxtel, Foxtel Play, Fetch TV and Xbox Live do, but pricing for subscription to these start from $6.99 a month up to $59.50 a month.

But with these five, Xbox Live has no rent option, Quickflix has no buy option, and Foxtel, Foxtel Play and Fetch TV require you to pay subscription plus $3.95 to rent movies, with not option to buy.