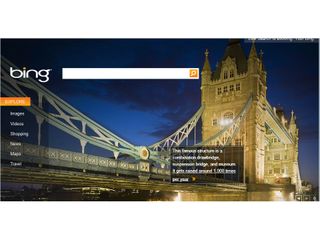 Microsoft is poised to announce a deal that will see Facebook status updates and Twitter tweets appear in the Bing search engine.

If the deals go through, and according to All Things Digital it's to be announced today, it will have massive repercussions within the search industry and bring the concept of real-time search into the mass market.

Currently there are only a number of small providers who provide real-time search options – OneRiot being one of the most popular – but it's been well documented that this is where the future of search is going.

With Bing ready and waiting to tap the power of the Facebook and Twitter zeitgeist, it will give them an interesting advantage over its biggest rival Google.

All Things Digital is reporting that Microsoft Digital Head Qi Lu will announce the deal at the Web 2.0 Summit "in the next few hours".