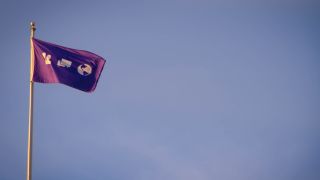 Facebook has revealed that government agencies requested information on over 38,000 of its users in the first six months of 2013.

The vast majority of these came from the US government, which put in between 11- and 12,000 requests for data on up to 21,000 individuals - Facebook was legally required to comply in 79% of cases.

The UK, meanwhile, asked for a information 1,975 times, covering 2,337 Facebook users, while 68% of these requests were fulfilled.

Australia was only interested in 601 users and got 64% of the information it wanted.

The sudden transparency comes after Facebook was accused of being in cahoots with the NSA, passing user data on to the government agency without any proper policing in place - allegations that the social network has denied.

Facebook's General Counsel, Colin Stretch, wrote in a blog post: "As we have made clear in recent weeks, we have stringent processes in place to handle all government data requests.

"We believe this process protects the data of the people who use our service, and requires governments to meet a very high legal bar with each individual request in order to receive any information about any of our users."

Google and Twitter also publish how many government requests they receive twice yearly.