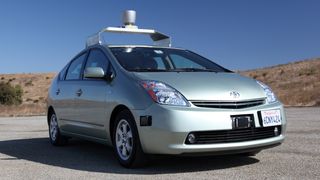 Big G is in trouble

Google's Street View fiasco has been going on since 2010, when it was revealed that its cars had collected private user data such as emails from unsecured Wi-Fi networks since 2007.

Now Google's request to have the case dismissed has been rejected by a US appeals court, meaning Mountain View will have to face the consequences.

Google's cars had gone beyond collecting the minimum photo-based data they had set out for, something which Google insists was completely unintentional.

Google argued that the case should be dismissed as the data was captured from radio communications that were readily accessible to the public and therefore exempt under the Wiretap Act.

But this wasn't enough to fly with the San Francisco federal appeals court, which said that it's unreasonable to assume the general public would have the expertise to intercept data in the same way.

It's unclear what Google's next move will be here, but it may go to trial or manage to find a way to settle instead.

Google promised to destroy all of the information and shut down the equipment collecting the data, however it will have to keep the data until the case is over, which may still be some time away now.