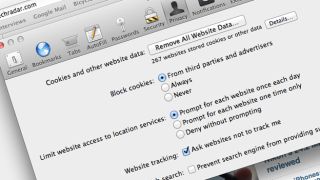 A group of iOS-using Brits are suing Google for invading their privacy by bypassing privacy settings on the mobile version of Safari, but Google says it shouldn't have to answer to UK law.

That's according to the group's lawyers, who report that Google's attempts to have the suit dismissed revolve around its argument that courts in the UK have 'no jurisdiction' over its actions.

The crux of Google's argument is that its services, including web search in Safari, are run out of California and not based in the UK. So the British group are free to sue, but they'll have to go to California to do it.

A group of over 100 consumers in the UK are fighting for compensation after it emerged that Google used a legally-questionable workaround to get round Safari's automatic cookie-blocking settings.

This would have stopped Google from keeping tabs on Safari users' internet behaviour - the data that is Google's lifeblood as it uses it to target ads at people.

The Information Commissioner's Office (ICO) has also lambasted the practice, and is likely to levy another fine against the company; however, the maximum fine it can demand is £500,000 (around $781,200 or AU$848,116) - small change for a company like Google.

Google's under a lot of scrutiny for its privacy practices at the moment; not only is the EU unhappy with its unified privacy policy, which allows Google to track your behaviour across all the G-branded products you use, but it is also under fire for implying that anyone emailing a Gmail user shouldn't expect privacy as its servers have to scan each email received.