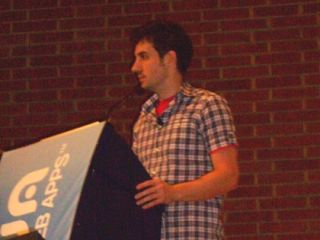 Digg co-counder Kevin Rose has expressed his admiration for Twitter and the way in which it has turned celebrities into spokespeople by giving them an ego-driven platform.

Twitter's phenomenal growth has been well documented, and Rose, whose own Digg.com also has a huge audience, is full of admiration for the way in which having followers is what he terms 'a one way communications platform'.

"Followers is an amazing feature for them because you've essentially turned every single celebrity into a spokesperson for your service and that's virtually unheard of," Rose said at the Future of Web Apps conference in London.

"Never in the history of time have I heard of a service where you have tier one celebrities that aren't paid that go out there and promote your service on every single media outlet."

Rose believes that the central reason for Twitter's success has been the way in which the number of followers you have has become a form of 'social currency'.

"Twitter has created a one way communications platform, meaning they don't have a complex friending mechanism ," asserted Rose

It's not like I have to be your friend in order to follow what you say and so follower count takes up the form of a social currency so it means something to the person to increase their follower count.

"They understand that the more followers the better, it gives them a larger platform it gives them more people to speak to and they turn it into a contest into who has more."