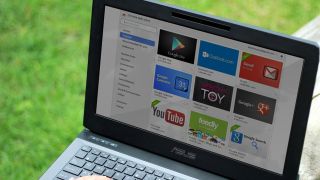 When it comes to bits and bytes, more are typically better, and the latest developer and beta builds of Google's Chrome browser finally ratchets the speed up to 64-bit on the Windows platform.

Via its Chromium Blog, Google announced the addition of 64-bit support for the Chrome browser, available to download in both Dev and Canary builds for Windows 7 and Windows 8 users.

Promising a "faster and more secure browsing experience," the 64-bit builds install directly over an existing version, so users won't have to sacrifice their favorite bookmarks or settings to give them a spin.

Google has frequently touted Chrome's trio of core principles - speed, security and stability - and the latest and greatest versions continue this tradition thanks to the additional processing power and protection features offered by 64-bit processors.

Speed is a given: 64-bit support takes advantage of all the Windows PC has to offer, and Google touts an average 25% improvement in overall performance as a result.

When installed on Windows 8, 64-bit Chrome is also more secure thanks to High Entropy ASLR, which helps keep browser data safe from exploits while shoring up Google defense features, like heap partitioning.

Last but not least, 64-bit Chrome is more stable compared to the 32-bit version, with crash rates for web content processes effectively cut in half.

All that remains is picking which 64-bit poison to download: Chrome Canary is considered the "bleeding edge" version aimed at early adopters prior to eventual release to the public, while the Dev version is essentially the same thing targeted at Chromium developers.