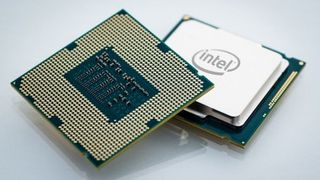 Coffee Lake Refresh has been the long-rumored code name for Intel’s next generation processor for desktops, but we may have just stumbled upon our first official confirmation (and possible correction), thanks to early drivers.

While updating our Ultimate Mini Gaming PC over the weekend, we spotted one Intel Graphics Accelerator Driver on Asus’s website that claims it will “improve system stability & support Intel next gen CPU[s].”

Up until now, it was widely expected that this upcoming processor update would be known as simply 'Coffee Lake Refresh,' as the 'S' is assumed with today's Coffee Lake chips.

Based on all the leaks, rumors and now official evidence, there seems to be no doubt that Intel’s rumored Intel Core i9-9900K, Core i7-9700K and other 9000-series processors will all be part of Coffee Lake Refresh. Of course, that’s merely a code name.

As with previous chip launches, going forward Intel will only refer to them as 8th Generation processors, just like the original Coffee Lake 8000-series, which is annoying. But, it could be worse, as the mobile 8th generation CPU family includes Kaby Lake Refresh, Coffee Lake, Whisky Lake and Amber Lake chips all at the same time with very similar model names.

We've contacted Asus and Intel for comment on this story, and will update with a response should we receive one.