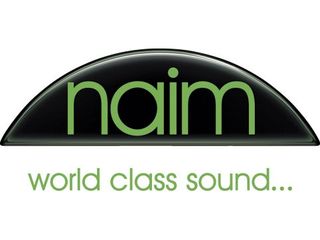 British hi-fi manufacturer Naim Audio is previewing its new music server system at CES in Las Vegas this week. A full launch is expected later in the month at the

NaimNet is a fully scalable IP-based system that allows you to take central control of your entire audio collection from a single source.

In addition to controlling and distributing audio and video feeds to multiple locations through Ethernet connections, NaimNet can also be used to gain control of other domestic devices such as heating, lighting and security.

As part of the CES preview, Naim will also be showing the NS01 - a central music server that has been specifically designed to be integrated into a NaimNet multi-room solution. At its core the NS01 utilises two 400GB hard-drives side by side. One of these is for storage and playback of audio, while the other acts as a back-up - or 'secure storage' - should the first break.

Music is stored in uncompressed, lossless WAV form for CD quality reproduction and uses the AMG database to ensure that as much metadata as possible is available for archiving and retrieval purposes.

Priced at just over £3,000, the NS01 is aimed primarily at custom install specialists and requires a central control tablet or PC to operate - although these can be easily sourced from manufacturers like NetStreams or Nokia.

Naim told us that a more consumer-orientated version - the NS03 - will also be coming out later this year. This is expected to have a central control incorporated into the system.